Michelle Drake says she’s pregnant with triplets, and the babies die it’s all an elaborate con

Sherie Nash was at work in Kanga and Roo’s, a maternity and children’s shop in Dartmouth, Nova Scotia, when an obviously pregnant woman came in to buy maternity clothes. The customer looked like she was about to cry, and Sherie quickly learned why. She was pregnant by accident with triplets. There had been four babies, but one had died. She was in an abusive relationship with the father.

That was in June, 2004. The customer, who said her name was Michelle Burt, continued to come into Kanga and Roo’s and talk to Sherie. Michelle told Sherie that she worked as a nurse at the Isaac Walton Killam Children’s Hospital in Halifax, but was on leave due to complications with her pregnancy. She also said the father of the babies, Andre Gerrard, had left her and had an affair.

“Over the course of several months we became extremely close,” Sherie says. “I was very fond of her and concerned for her.” Sherie says Michelle spent a lot of money in the store. She tried on and bought maternity clothes. She bought clothes for the babies—twin girls and a boy.

“We went shopping a lot,” Sherie says. “We’d pick out matching outfits—two pinks and a blue. She was just totally into buying tons of stuff.”

Sherie visited Michelle’s apartment, which was small, but nice. She saw three bouncing chairs and one crib—Michelle said the babies would sleep together at first.

Michelle seemed to be getting excited about the upcoming birth. She showed Sherie and other friends her ultrasound, in which three babies were visible.

As her due date approached, Michelle reported that the father, Andre, had returned. Michelle admitted to Sherie that they weren’t married, but said they had been together for five years. Michelle also told Sherie that her first husband beat her while she was pregnant, killing the baby, so she was now terrified to let anyone touch her. So even though Andre was back in the picture, Michelle didn’t want him in the delivery room, and asked Sherie to be with her instead.

“We had been friends only a couple of months,” Sherie said. “I was touched that she asked me, but felt bad that she didn’t have someone else. I felt sorry for her.”

Michelle was scheduled for a cesarean section in late August. But shortly before the big day Sherie came home to find a devastating message on her answering machine.

Speaking in a low, monotone voice, Michelle told Sherie that something had gone terribly wrong. “The babies are dead. They were stillborn,” Michelle said. “I can’t talk right now, but I want to thank you for all you’ve done.”

Sherie collapsed to her knees. “I was sitting there on the floor bawling,” she says. “My sisters were here, and they were all crying.”

Three days later, Michelle came over to Sherie’s house. “She didn’t look pregnant any more, but she looked bad,” Sherie says. “She told me the whole story.”

According to Sherie, Michelle said she had gone to the hospital where she worked, Isaac Walton Killam, because she felt ill, but was told everything was fine. Two days before the planned C-section, she felt very sick and went back. The babies were delivered, stillborn. Apparently a previous test for a staph/strep infection had come back positive, but Michelle was not notified. The baby boy became infected and died. Then the infection was passed on to the twin girls and they died as wellÃ·although they could have been saved if the doctor had acted the first time Michelle went to the hospital.

When Sherie later visited Michelle, she saw pictures of the dead babies. “I sat on her couch bawling,” Sherie says.

Michelle told Sherie that she had freaked out in the hospital, blaming her doctor for the death of the babies. Sherrie says Michelle wanted to sue. In Canada, however, lawsuits are not as common as they are in the United States, and good lawyers are not always willing to work on contingency. So Michelle needed money to retain an attorney. Andre’s parents, Kathy and Ted Gerrard, took out a loan and gave her $19,000.

In the meantime, Michelle said she received a letter from the hospital, which she showed to Sherie. The letter looked like it was on official hospital stationery, Sherie says, and stated that Michelle could have her job back if she did not take action against the hospital, wrote a letter of apology to the doctor and took an anger management class.

“That made everyone more upset, and more on her side,” Sherie says.

When Michelle told her friends that one of the best civil rights lawyers in Canada was willing to take her case, Sherie says, they were all excited.

After the loss of the babies, Sherie says she and Michelle became even closer. “I completely trusted her, grieved with her and invited her into my life completely.”

Michelle had told Sherie that her brother worked as a buyer for some large department stores and could buy things at cost. In September, 2004, Michelle offered to get Sherie a new washing machine and mini-freezer for $400.

“I work in retail, and I know you can get things at cost,” Sherie says. She gave Michelle $400 to deposit in her brother’s account. In about a month, the appliances were delivered, and Michelle was there to see them arrive.

“She was so excited, watching the men deliver these things into this house,” Sherie says. “I remember thinking after all she’s been through, it’s good that she can feel happy.” Sherie paid Michelle $100 for a PlayStation2 game and gave it to her daughter for Christmas. She also bought a dishwasher for $200, which was delivered in January, 2005.

Sherie then gave Michelle $200 for a 32-inch television and $100 for a digital camera. Sherie’s sister also paid $200 for a television. Sherie’s mother-in-law paid $800 for a chair that had heat and massage features to help ease her pain from a car accident.

Michelle had become friends with Sherie’s godson, who worked for a company that used all-terrain vehicles, or quads. Michelle told the godson that she could get quads for $2,000, and he could sell them to his employer for $6,000.

In the meantime, Kanga and Roo’s had closed, and Sherie was worried about paying her bills. She also wanted to open a new store. Michelle suggested that Sherie buy two quads for $2,000 each. Michelle could then sell them in her hometown, and Sherie would make $8,000 in profit.

Both Sherie and her godson agreed to buy the quads. Sherie took out a loan for $4,800 and gave the money to Michelle. Her godson wrote a post-dated check, payable to Sherie. 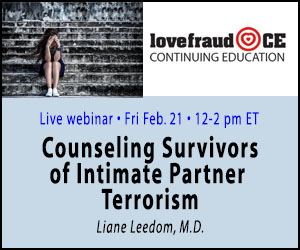