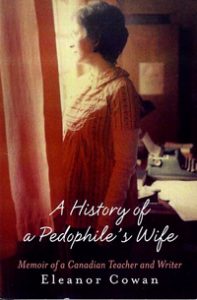 “She broke her neck on her way down,” said a police officer at the scene. Thick yellow spray paint outlined an ovary-shaped form on the grass from which my mother’s body had been removed, wrapped in a zippered tarpaulin. Two screaming witnesses, bathers who’d been enjoying a pleasant afternoon by the building’s outdoor pool on that sunny August day, had happened to glance up to witness my mother’s horrid plummet from her seventh-floor balcony.

“She didn’t feel the final impact,” the investigator added. I noticed a tinged bloodstain on the grass.

“The skull sustained a crack,” said the kindly officer, following my gaze.

This week, more than four decades since my mother’s sudden death in 1972, I spoke with an old friend, a respected colleague of mine in Montreal. I learned about Kiley’s latest project, a life skills manual of guided exercises for victims of predators, those determined to salvage their happiness despite the impact they’d suffered. Kiley has dedicated her life to caring for others, as do thousands upon thousands of daughters of mothers who died of suicide, depression, murder, or other vile forms of imposed death. As we spoke, I thought how proud Kiley’s mother would be of her daughter, the beauty she left behind after years of living in her own hellish marriage.

How proud she’d be that Kiley, having reclaimed her own joy, decorates her world.

Back in the pre-computer era of my mother, there were no internet resources or educational sites. Open discussion about distress, sex addiction, pedophilia, sociopathy, predation and physical or mental abuse was discouraged. Silence ruled. I thought the word narcissist meant a kind of star-shaped flower.

Because my mother’s chronic screaming, her physical and verbal abuse of her children and her own distress all remained under cover, all wrapped up and uninvestigated, she, like so many, began to pop the solution of the day, Valium tablets. Mother chased her daily dose with a tall tumbler of rye and dropped into hours death-like oblivion, even on sunny days when she and her neighbors might have sunbathed by a pool, talking and sharing together.

Talking about what she wanted, what her dreams and goals might have been, would have offended those in her church, whose focus was on servitude and accommodation of the status quo. She’d have been shamed into silence. My mother’s world-renowned predator, her religion, showed no interest in her mind, heart or talent. The focus was on her ovaries. Her role was to produce new souls for God. While it is true that our disturbed mother left her children traumatized, I’d never have wished her such an end.

This past holiday season, I volunteered at my local community center to wrap gifts for children, toys selected by Moms who couldn’t afford the treats. Two of the volunteers, women much younger than myself, escorted excited mothers to tables where they chose from donated dragons, sleds and games to thrill their children. The rest of us wrapped the gifts with much ado of bright ribbon, glitter, and gold.

Suddenly, while wrapping a bingo game, the mellow voice of a 1950’s crooner filled the hall. Gentle words about ‘silent and holy, calm and bright’ stirred feelings of revulsion. I didn’t shout. I spoke in a normal conversational tone to the three younger women close to me at the wrapping table.

“How did that creep get away with being one of the nation’s most beloved father figures?” I asked, “That hypocrite spanked his sons with a belt dotted with metal studs until their bare bums bled, and much more weird, cruel abuse.”

An attractive, chic young woman beside me quickly handed me a wide band of Scotch tape. “Use this,” she said, her tone full of implication. “Eleanor, drop it. C’mon! Where’s your holiday spirit?” she added.

Slowly, the three other wrappers inched away. Left alone at one end of the table, I quietly considered. Had I talked too much? Should I have kept quiet? Was the pleasant occasion not to be marred by my ill-timed comment? Had I offended?

Suddenly, the music station switched. Someone had turned the dial. I looked up to see our staff director smiling as she approached our table, an open box of chocolates in her hands.

“I called our local station, Eleanor,” she said, extending the sweets to everyone. “I asked them to drop that singer from their roster. I explained why. I also said that one of our volunteers is unhappily affected by hearing the croons of someone who hurt his family and that you, Eleanor, are important to us. “

“And what was their response?” asked the tape handler, edging closer.

Wow again. A moment of hush. Another hairline fracture in the conspiracy of silence.

Soon, I noticed, the younger volunteers had edged closer again. Chatting cheerfully, we finished up.

When four rolls of tape ran out minutes before closing, the woman who’d handed it to me earlier called my name. Grinning brightly, she tossed each of the empty containers, one by one, into the garbage.

“I have a better idea,” she announced. “If we wrap carefully, we won’t need tape at all!”

Eleanor Cowan is author of “A History of a Pedophile’s Wife,” which is available on Amazon.com. Visit her at eleanorcowan.ca 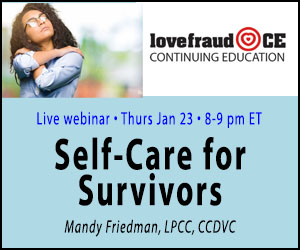